Well, here we are. We've dragged ourselves towards the end of yet another year which, I think we can all agree, hasn't been much of an improvement on 2020. All we can do is keep going towards better days.

In the writing and publishing world, it's been pretty eventful for me. Signing with an agent after submitting my work for twenty-two years was the big one. I still can't quite believe it took me so long especially as I was genuinely convinced in my early twenties that the first book I sent off would net me a publishing deal. Note: it really didn't. A very long time coming, I'm sure you'll agree. Plenty of days and weeks of wondering what the hell I was doing with my time. Obviously, there are no guarantees of success even with an agent, but it's a good start. I've given my agent another book since the one she signed me for and I'm getting feedback from some writer friends on a third. Fingers crossed at least one of them takes off.

I finished my Lovecraftian action horror series which was a blast. Especially proud of that series as I'd begun work on the third and final book when I heard the publisher of the first two was closing, meaning I had an orphaned book underway and zero chance of anyone else taking the series. I could have binned the series there and then, but with the work underway, I really wanted to see where it went. Glad I kept at it. I don't think there'll be anything along the same lines in my future, so if you want to have some balls to the wall action, violence and terrible language, then this is the series for you. 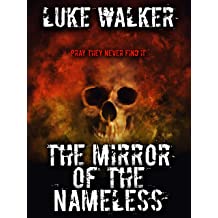 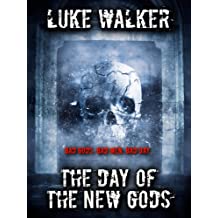 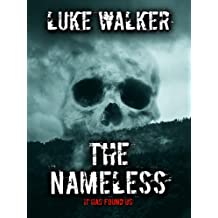 Along with the Nameless trilogy, I had my most recent horror from Hellbound. Winter Graves is a crime/horror that I now realise sent me on the way to the stuff I'm writing now: horror that mixes more of the real world we all know with something that's come out of the dark. I'm very happy with how Winter Graves turned out - hoping it takes off in the new year.

There were also a few short stories accepted for the first time in a while. As much as I love the short form, the market seems to have shrunk and/or publishers are going for themed tales which is fine, but I rarely write with a theme in mind. Not sure how much time I'll dedicate to the short tale from next year. If an idea really grips me, then of course, I'll write it. We'll have to see how that goes.

Going in 2022, I'm aiming to complete work and edits on stuff for my agent within the next six weeks or so, finish an outline for a new book and write it. It goes without saying I'm also hoping for a publishing deal to land in my lap, but as with so much in the publishing world, that's another case of wait and see. Outside of that, I'll be keeping my head down, limiting my contact with people and pushing on for those better days I mentioned.

All my stuff including the Nameless trilogy and Winter Graves is available via this link.

If you're not able to purchase for whatever reason, you could do me the next best thing and either ask your local library to stock my books or simply spread the word on sites like Goodreads. For a writer in my position, word of mouth is invaluable.

Take care of yourselves and each other. Read some good books. Keep going.
Posted by Luke Walker at 15:31