The Mirror Of The Nameless out now

Here it is, people. The Mirror Of The Nameless is back to life in paperback and Kindle. It's been revised and expanded from the original release with around 10k of extra words which means more scenes, more horror, more good stuff. The Kindle edition is only 99p (or not much more depending where you are) and the paperback isn't too pricey, either. The prequel, The Day of the New Gods, will follow early next year along with the third and final part in the series - The Nameless. I've had a lot of fun with these books so hopefully, that's come across in the finished tales. And I'm sending out my newsletter this weekend with a cheeky look at the book, so sign up here: 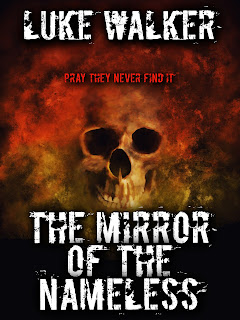